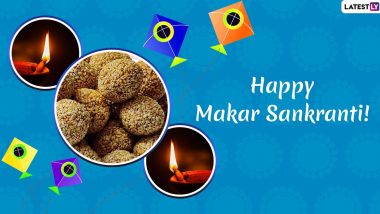 Makar Sankranti: Makar Sankranti is the biggest festival of Suryopasana after Chhath Puja. The specialty of this festival also increases because on this day the sun is Uttarayan. In the mythological texts, the north is said to be the direction of the gods and the south is the direction of the demons. According to mythology, the door of Devaloka opens on the day of Makar Sankranti, and the day of the gods begins. That is why donations made on this day are many times more virtuous than donations made on other days. Astrologers also believe that charity and charity performed on Makar Sankranti brings happiness and prosperity in life, and it gets its virtue for many births. According to astrologers, on the day of Makar Sankranti, everyone should donate to Brahmins or the poor according to their ability.

Let us know in what form one gets virtue by donating which items on the day of Makar Sankranti.

In Makar Sankranti, North India, this festival is also known as Khichdi. On this day, after bathing and meditating, people donate khichdi (rice, urad dal, potato, turmeric, salt) to the Brahmins. Khichdi made from these ingredients is eaten only after this. In Hindu scriptures, black urad is related to Shani Dev and rice is said to be a renewable grain. That is, where the donation of urad liberates the native from Shani doshas, ​​the donation of rice gives the fruits of renewable. Doing this brings ruin at home. Special grace of Shani Dev comes. Also read: Makar Sankranti 2021 Messages: Send this message to family on the festival of Makar Sankranti, congratulate on Facebook Greetings, WhatsApp Stickers, GIF Images, Wallpapers and SMS

There is a special tradition of distributing sesame jaggery on the day of Makar Sankranti in Maharashtra. According to Hinduism, jaggery is said to be the favorite thing of the Guru, and since this time Makar Sankranti is falling on Thursday, donating jaggery on this day gives your Jupiter success. It is also said that by eating jaggery on this day, the defects of Guru, Surya and Shani are eliminated. On this day people donate jaggery and sesame seeds to Brahmins and the poor.

Makar Sankranti is also known as Til Sankranti in Hindu scriptures. On the day of Makar Sankranti, along with the donation of sesame, Sri Hari, Suryadev and Shani Dev are worshiped with black sesame. It is believed in this context that Shani Dev had worshiped with black sesame to worship his father, who was angry at something, and only after this worship, angry father Surya Dev appeared in the house of Shani Dev in delight. Surya Dev had said that any devotee who worships him with black sesame at the time of entering Capricorn, will get special blessings of Sun God. It is believed that on this day, donating sesame seeds to the poor or Brahmins also removes Shani dosha. Also Read: Makar Sankranti 2021 Mehndi Designs: Make beautiful mehndi on Makar Sankranti, see easy and latest designs

Donation of blankets or warm clothes:

Donating clothes to the poor on Makar Sankranti is considered very auspicious. In Hindu scriptures it is also referred to as Mahadan. Therefore, one should donate clothes on the roadside or go to old age home on this day. It should be kept in mind that on this occasion of Makar Sankranti, donated old clothes should not be donated. The poor person prays only by giving new clothes according to his ability. That blessing is very big for you.