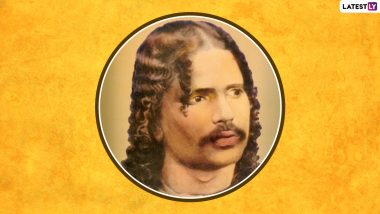 The country is remembering him today on the death anniversary of Bharatendu Harishchandra, the father of modern Hindi literature. The beginning of the modern period in Hindi literature is considered to be from Bharatendu Harishchandra. He adopted the land of healthy tradition and sowed the seeds of innovation, leaving the nutritious practices of the perverted feudal culture of Reetikal. He took steps towards making Hindi a national language as a national language. Bharatendu Harishchandra had said, ‘Nijha Bhasha Unnati Aahe, all the advancement is original, without knowledge of language, mittan na hai ke sool’ means that the advancement of mother tongue is not possible without the progress of any society and mind without knowledge of its language. It is also difficult to overcome the pain of

Bharatendu Harishchandra was rich in versatility. Bharatendu Harishchandra devoted his life to the development of Hindi literature and made major contributions in the field of journalism, drama and poetry. He used Hindi theater cleverly during the British rule, his play Andher Nagari is a perfect example of this. He also used his writing to shape public opinion. He was an outstanding poet, strong satirist, successful playwright, conscious journalist.

Bharatendu Harishchandra was born on 9 September 1850 in Varanasi, Uttar Pradesh. His father Gopalchandra was also a good poet. He inherited poetic talent from his father. He spent his life in hardship and he raised his voice for the upliftment of the society. He was 5 years old when his mother had become a father’s shadow at the tender age of ten years. In this way, they were deprived of the happiness of parents in childhood.

Bharatendu Harishchandra’s specialty was that while he wrote poems on ancient subjects like devotion to God, he also adopted topics like social reform, national love. His works reflect the opposition of British rule, the longing for freedom and the feeling of caste. He constantly tried to spread modern consciousness in the society.

COVID-19: How to increase oxygen level in blood? What is the role of blood, know the opinion of health experts

Ram Navami 2021: 9 powerful spells named Prabhu ‘Shriram’! Whose problems are overcome by chanting! Know which power is in which mantra?

Thanks to Kovid makes the trip risky. You should not feel guilty while staying at home.

Happy Women’s Day 2021: Salute to these enthusiasts on International Women’s...